We're sorry, but registration for this event has ended

Why Should You Take This Confined Space Rescue Training Course?

Confined Space Rescue is a subset of technical rescue operations that involves the rescue and recovery of victims trapped in a confined space or in a place only accessible through confined spaces, such as underground vaults, storage silos, storage tanks, or sewers. Confined space rescues can be technically challenging due to the environment in which they occur. Confined spaces are often narrow and constricting preventing easy access by rescuers. They are usually either unlit or poorly lit so rescuers must provide their own light source. Finally, confined spaces often contain hazardous materials in liquid or gas form which can be harmful or fatal to humans. These hazards can be fatal as they create a limited window in which to perform a rescue.

Who Should Attend This Confined Space Rescue Training Course?

The Following Topics Will Be Covered:

No reviews for this class
LOCATION, DATE & TIME

ABOUT THE TRAINING PROVIDER

Cocciardi and Associates, Inc. is a full service environmental, safety and industrial hygiene consultation and training firm with offices in Mechanicsburg, Scranton, and State College, Pennsylvania. Cocciardi specializes in employee training and certification in various hazardous materials activities, including Lead Paint, HAZWOPER, Asbestos and OSHA Outreach courses. Clients may attend a scheduled session at one of our training centers or set up a dedicated, onsite class. 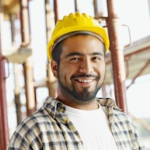 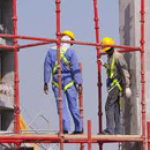 Welcome to Zack Academy, formerly Green Education Services! Our website has been rebuilt from the ground up and we hope you enjoy it. Please contact us on this page if you have any questions about this change.